The Game Changes is a new plant based documentary, produced by a number of big celebrities such as  James Cameron, Arnold Schwarzenegger, Jackie Chan, Lewis Hamilton, Novak Djokovic and Chris Paul, and directed by Louie Psihoyos, who also directed the incredible documentary, The Cove.

The movie trailer just released and it sure looks to be a real ‘Game changer’, being a new documentary about meat, protein, and strength.

Canada 🇨🇦, Australia 🇦🇺 and New Zealand 🇳🇿: you can now GET TICKETS for the Global Premiere on September 16th! Just visit www.gamechangersmovie.com and get them while they're 🔥! For our supporters in Europe 🇪🇺 and beyond: keep a close eye on our social media AND subscribe to our email list to find out when tickets go on sale in your region. And don't forget: TAG the person you want to #ChangeYourGame with on September 16th!

🔥 HOT OFF THE PRESS: It won’t be long until you can see the film, but in the meantime here’s what @variety had to say about it: "88 minutes of fast stats, slick science and celebrity testimony all aimed to debunk the “real men eat meat” mentality, it’s a sharp feat of PR for a lifestyle choice that already has momentum on its side, as studies point to a recent global rise in plant-based eating. “The Game Changers” isn’t here to preach to the wellness-culture choir, however. Headed by former UFC champion @lightningwilks, it sets out to convince the most stereotypically red-blooded carnivores that veganism is not just healthy and environmentally friendly…but tough too." 💪💪💪 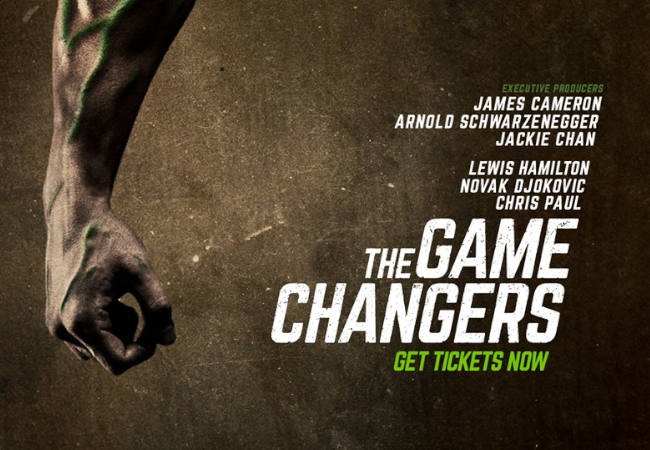