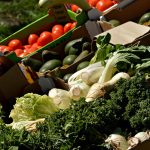 Higher resolution images can be found on unsplash here. Check out the rest of the images and videos from the vegan goods market here. The Vegan Goods market is, yes you guessed it, a Vegan market held at The Source Yoga Studio in Constantia, Cape Town, which happens twice a month, Mid-month Saturday and month-end […] 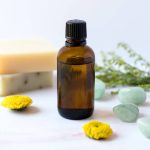 Essential oil is a type of concentrated oil derived from different plants. The term “essential” means it contains the plant’s essence, i.e., its fragrance. It is extracted using a variety of methods, such as cold pressing and distillation. Buying essential oils can sometimes be confusing, even if you’re buying it from a trusted distributor like […] A Falafel Pre-Mix Where You Just Add Water, By OutCastFoods!

I recently ordered a few package free goodies from The Refillery, and tried out a Falafel mix from a brand called Outcast foods. To find out more about this cool and easy mix, check out my post on qoo.co.za! “Outcast Foods creates easy-to-prepare healthy and yummy plant-based meals. We create instant whole-food pre-mixes, but we […] 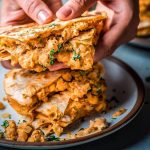 I came across a really yummy looking vegan recipe for Vegan Chickpea Quesadillas by Nisha, of RainbowPlantLife. What is great about this recipe is that she also shows you how to make a vegan cheesy flavored sauce! Check out the full recipe on her site. “I’m a self-taught vegan chef, food blogger, photographer, and author […] A Look At Yokos’ Vegan Cultured Coconut And Oat Yoghurts In Cape Town!

I recently got to try a few of Yokos’ vegan dairy free yoghurts and really enjoyed them. It is not the easiest finding a good vegan yoghurt, so thankfully Yokos really delivers with its range. Eric Bedier the founder of Yokos, grew up in France before coming to Cape Town in South Africa where Yokos […] 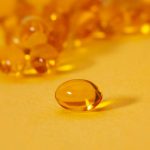 Understanding Vegan Supplements: What You Must Know Before You Buy

If you’ve recently decided to go vegan (or even if you’ve been plant-based for years), well-meaning friends, family, and often strangers will tend to talk to you about nutrition. One of the common misconceptions about veganism and vegetarianism is that individuals who choose not to consume meat and dairy aren’t getting everything they need from […] 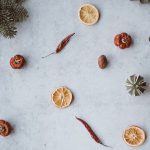 Dehydration is the world’s oldest way of preserving food but most people are unfamiliar with this type of food preparation and dehydrators are not among the mainstream appliances found in kitchens. There are many good reasons for adding food dehydration to your cooking skills. It can yield great tasting, nutritious food, requires no preservatives, and […] 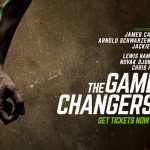 The Game Changes is a new plant based documentary, produced by a number of big celebrities such as  James Cameron, Arnold Schwarzenegger, Jackie Chan, Lewis Hamilton, Novak Djokovic and Chris Paul, and directed by Louie Psihoyos, who also directed the incredible documentary, The Cove. The movie trailer just released and it sure looks to be a real ‘Game […] 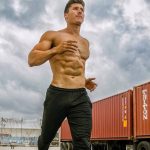 The biggest question vegans or vegetarians get is, “Where do you get your protein from?”. Well now imagine being a bodybuilder and being vegan, that question must come around so much more! Thank goodness for the internet though, as answers to these sorts of questions and ‘myths’ have been made so much more accessible to […] 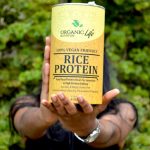 This review looks at a vegan rice protein powder, more specifically Organic Life Nutrition’s Rice Protein Powder. This is the first rice protein powder that I have ever tried, so this should be interesting. Protein shakes are a great way to add to your daily intake of calories, and add just what you need. There is no need to overdo […]