Home » One On One With Men’s Physique Amateur Olympia Winner, Marco Pires

One On One With Men’s Physique Amateur Olympia Winner, Marco Pires 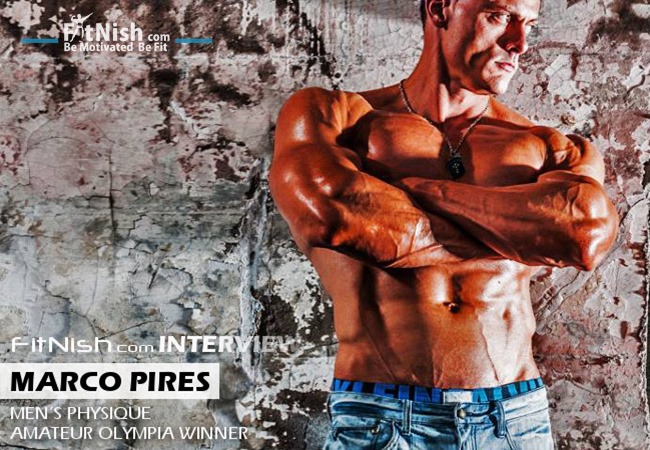 How long have you been training for and what got you started?

I have been training for 10 years consecutively and for 16 years non-consecutively. I was always extremely under-weight and wanted to just feel better about myself and look better in a T-shirt. I initially didn’t have any intention of competing.

As I reached my goals I developed new ones and that eventually led to competing. I like to have something that keeps me focused and these goals improve other aspects of my life since I feel a sense of achievement when I succeed at my personal goals. 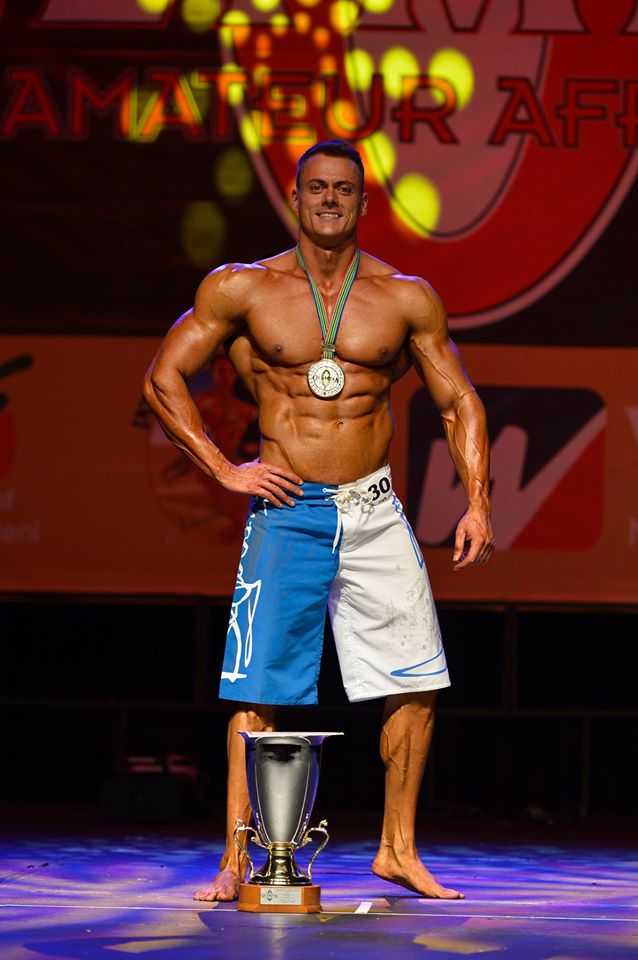 What do you love about it and how do you stay motivated?

I believe that a great deal of a person’s happiness is based on goals that you set for yourself, quick fixes or instance gratification never lasts.

Which do you prefer, bodybuilding or fitness?

In a way I believe fitness and bodybuilding is the same thing, according to the late Joe Weider (The father of modern bodybuilding), he believed that anyone who works on their body and betters their body is a bodybuilder.

As far as competing I am a huge fan of bodybuilding even though I am a physique competitor myself.

I am definitely somewhat of a bodybuilding historian and still appreciate the physiques of earlier bodybuilders and often strive to achieve similarities in my physique with these legends. 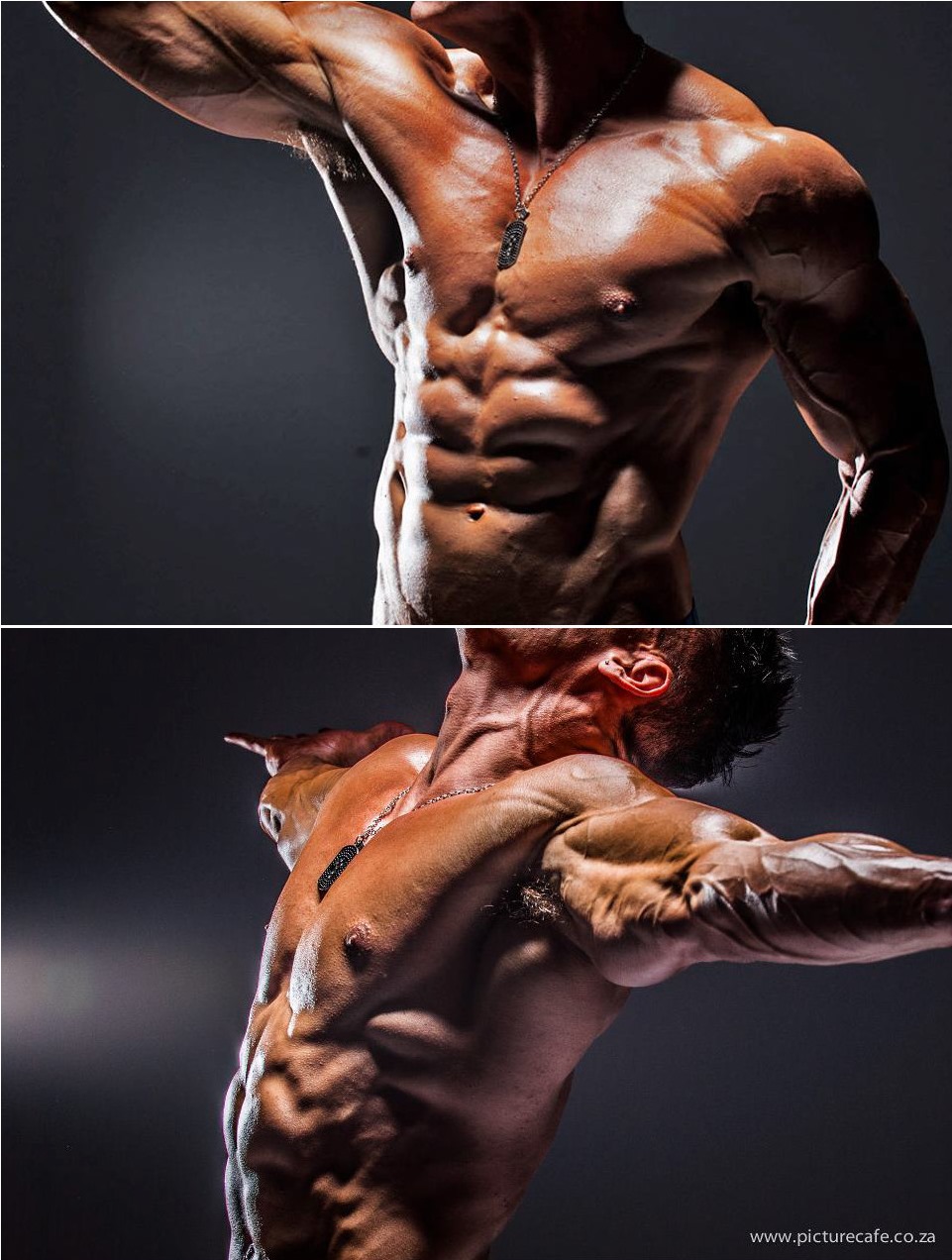 What are your future plans?

Nothing is guaranteed but nothing is impossible. Secondly the reach you have using the sport as a platform is big. Hopefully I can influence people in a positive way.

Take us through an average day of yours:

I think the “bodybuilding” lifestyle is for the most part actually very mundane because a lot is based on routine and repetitiveness. I’m definitely not one of those energetic people in the morning, in fact it takes me a while to get up to speed, so mornings I literally throw all my breakfast ingredients into a blender and down my slush. No training for me.

I go to work where I’ll eat another three meals. Then train for about 2 hours and get another two meals in before bed.

About three times a week I will throw in a 30 min boxing session on the heavy bag as my “cardio” simply because it is something I enjoy and I totally despise normal forms of cardio.

I train Saturdays but the rest of the weekend I actually try to do other things not related to fitness or bodybuilding because I find if you keep a balance it makes the time in the gym even more enjoyable. 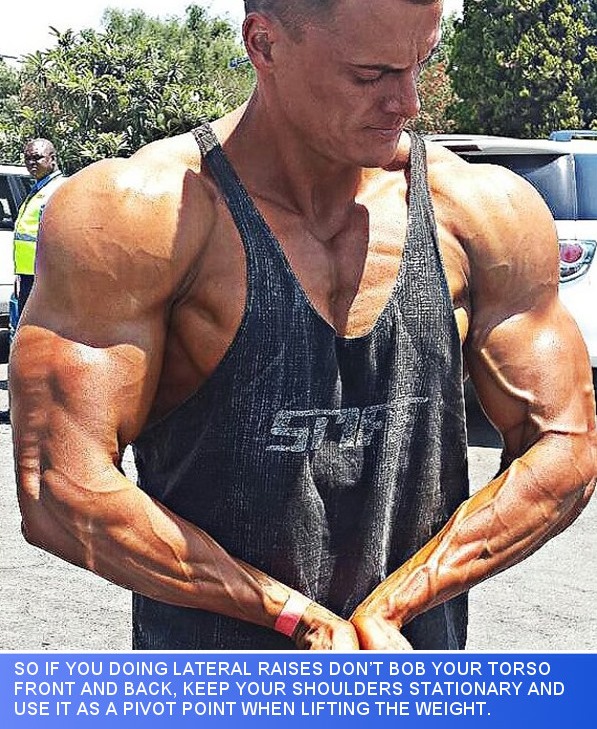 Give us a brief description of your philosophy on your diet:

When it comes to diet, strangely enough I don’t practice what I preach. I generally feel that everyone should measure or weigh their meals accordingly but personally I have more of a “Shawn Ray” approach where nothing is actually weighed.

I sometimes adjust my diet literally on a daily basis, only small changes of course. I do however know on average what my macros are. Off season I don’t really try to gain too much weight because I believe it is not the most optimal way of building muscle in the long run. I do pay a little attention to hormone response and protein/carb timing in my diet.

This is a very good question!

Creatine monohydrate and maltodextrin is very cheap and together gives a lot of bang for your buck.

To explain why I take it I will have to get a little technical. Why maltodextrin? Maltodextrin is very fast absorbing and is good post workout for two reasons, your body’s ability to restore muscle glycogen from carbohydrates is optimal post workout and as time goes by it reverts back to normal so the quicker the carbs are in the blood the more effective they are converted into muscle glycogen. Fast absorbing carbs cause your body to produce insulin which will improve protein synthesis as well as creatine absorption.

This brings me to creatine, creatine affects water absorbed into muscle, more water = more glycogen and protein. Along with the fact that maltodextrin is a large molecule like most low GI carbs.. which means higher protein absorption in the muscle.

Lastly, consuming food or supplementation containing leucine will help change the body from a catabolic state to an anabolic state. So these three might make a small difference on their own but together I like to compare them to the three musketeers.. very effective. (added tip.. Fruit although it is slightly high GI is not optimal for building muscle post workout since fructose cannot be converted into muscle glycogen and can only replenish liver glycogen) 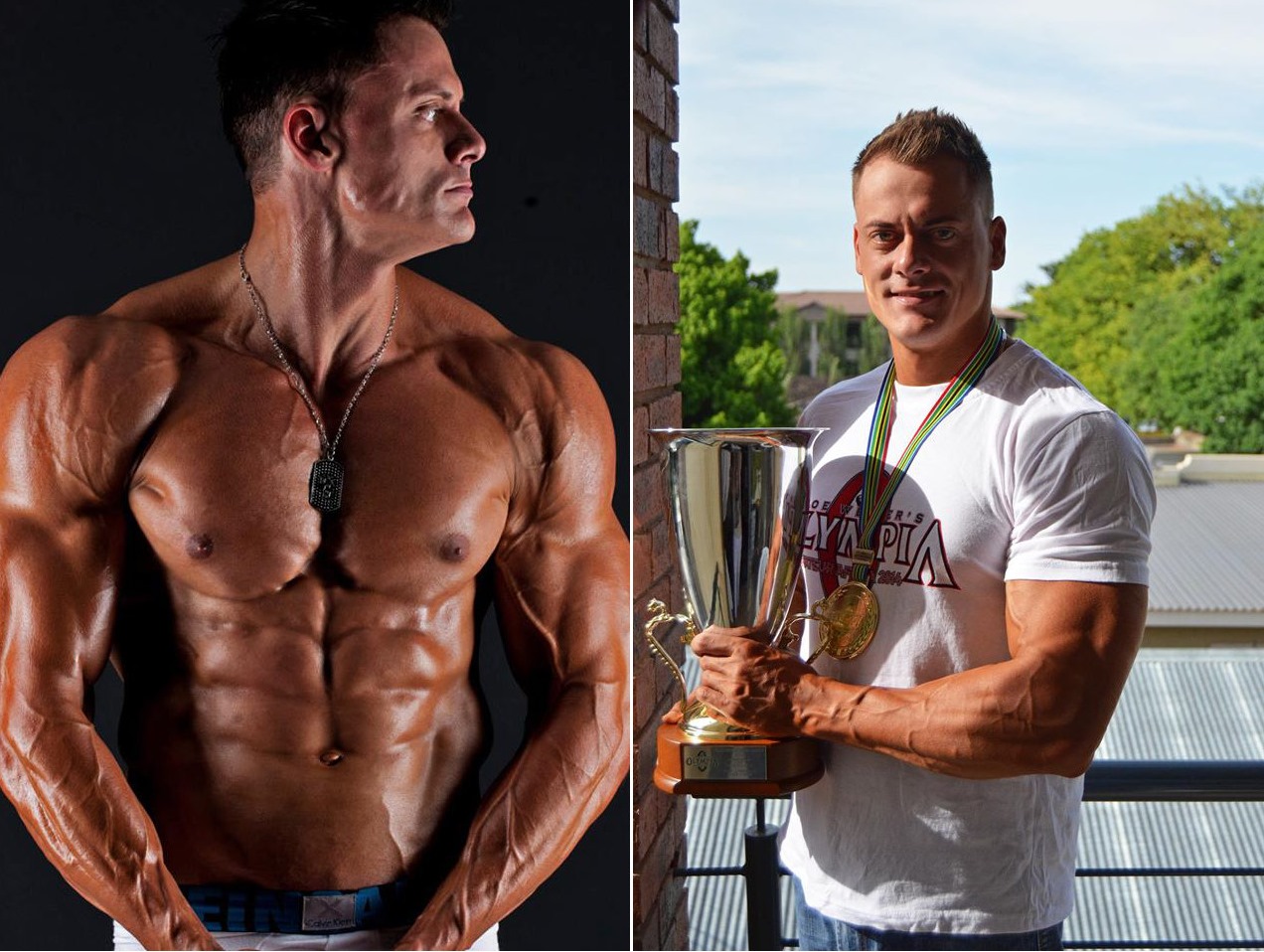 In the fitness community this saying is used a lot and I don’t agree.

Diet and training is a two wheel bicycle both equally important. Everyone eats food right? So everyone gets some form of nutrition in right? Well the same can be said about training, just because you train in a gym everyday it doesn’t mean you will see serious gains. Tip is nutrition is not enough, if you think you train hard.. train harder. 99% of the people in the gym can train harder!

Don’t just take advice from the biggest guy in the gym or from a guy on a forum. They more often than not actually lack real knowledge and have a dozen medical problems. 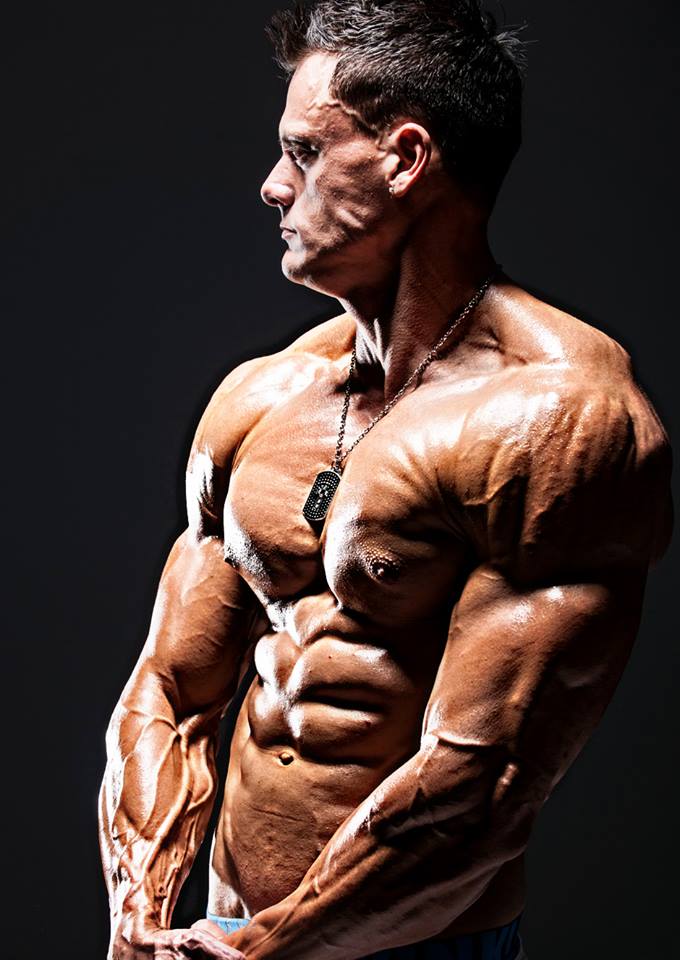 I do believe in supplementation but mostly in terms of vitamins and minerals. 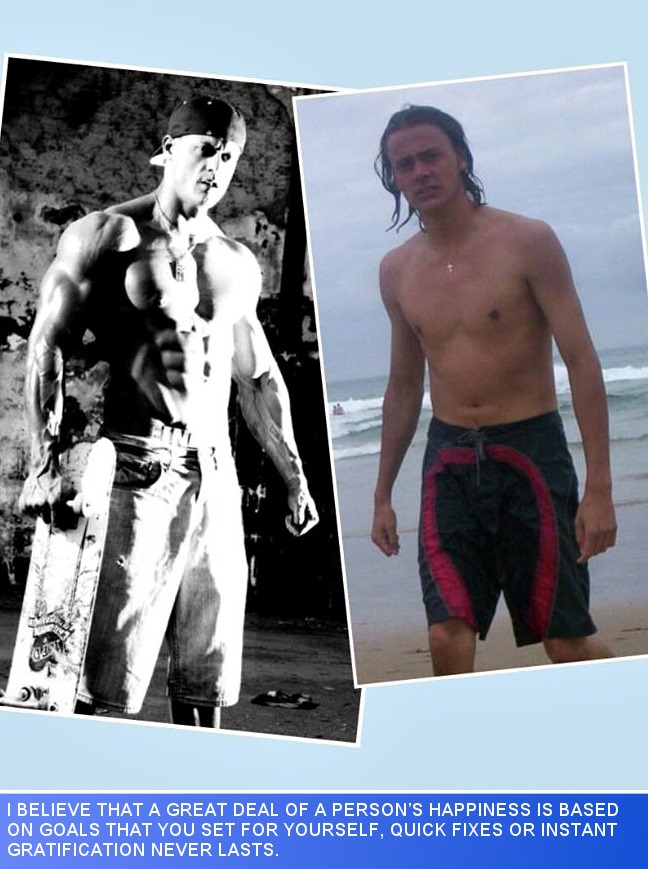 Give us a brief description of your philosophy on your training and on average how long do you workout for?

Weight does not build muscle, Time Under Tension = Muscle growth.

I used to train extremely heavy which is not wrong at all, just look at guys like Dorian Yates and Ronnie Coleman, but since I am a physique competitor I feel I have more control over how much I build on a more detailed level if I try isolate the muscle more.

I train for two hours even though technically cortisol levels go up after 45 minutes or so, but I believe in not leaving the gym until I am done. Sometimes pre-contest I train 3 hours at a time.

What are your three favourite exercises and why? What are your top shoulder training tips?

What were some of the mistakes you made when you started?

I used to think strength = hypertrophy. If powerlifting is your thing then power lift but no one climbs on a bodybuilding stage with a stamp on their forehead saying “I bench press 200 kg”. 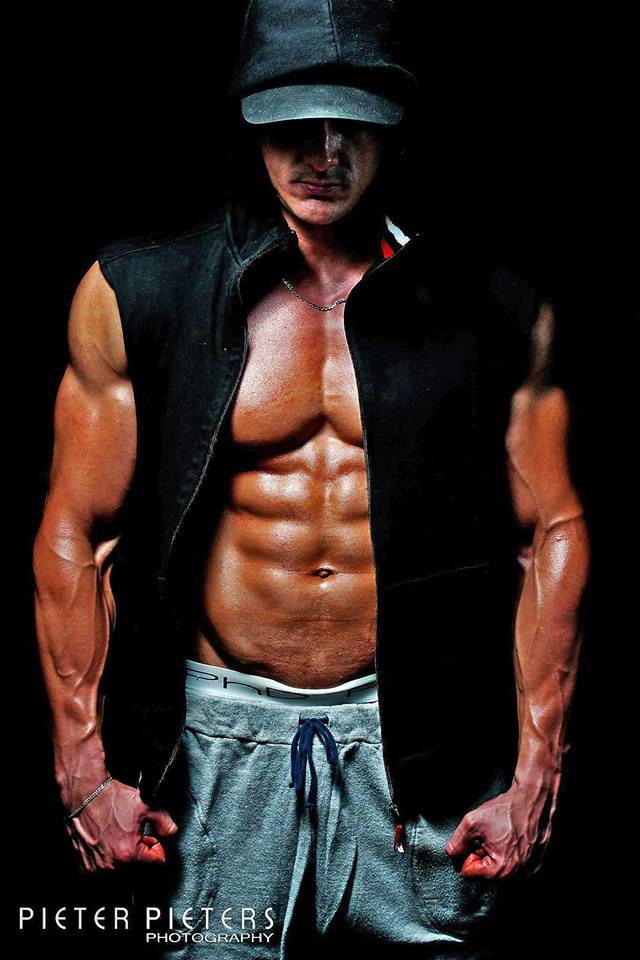 What is the most common question you get asked?

“How do you stay so lean all year round?” Answer is simple, I eat right.

What are some of the weirdest/annoying things you have seen people do in the gym that you would like to see less of?

Most people say that gym goers using bad form is the most annoying thing; personally I couldn’t care less. If you want to waste your time just to try and look strong that doesn’t affect me. The stuff that does bother me however is people who are inconsiderate towards fellow gym members.

Leaving your weights lying around or even these “screamers” that feel the need to shout with every single rep, its distracting man!

I have literally had someone move my gym-bag and towel away from a machine while I was at the water fountain for a couple of seconds, have had someone steal my weights while super setting and at least once a week have someone come up to me while I have weights in my hand, in the middle of a set, with earphones in and ask me how many sets do I have left. 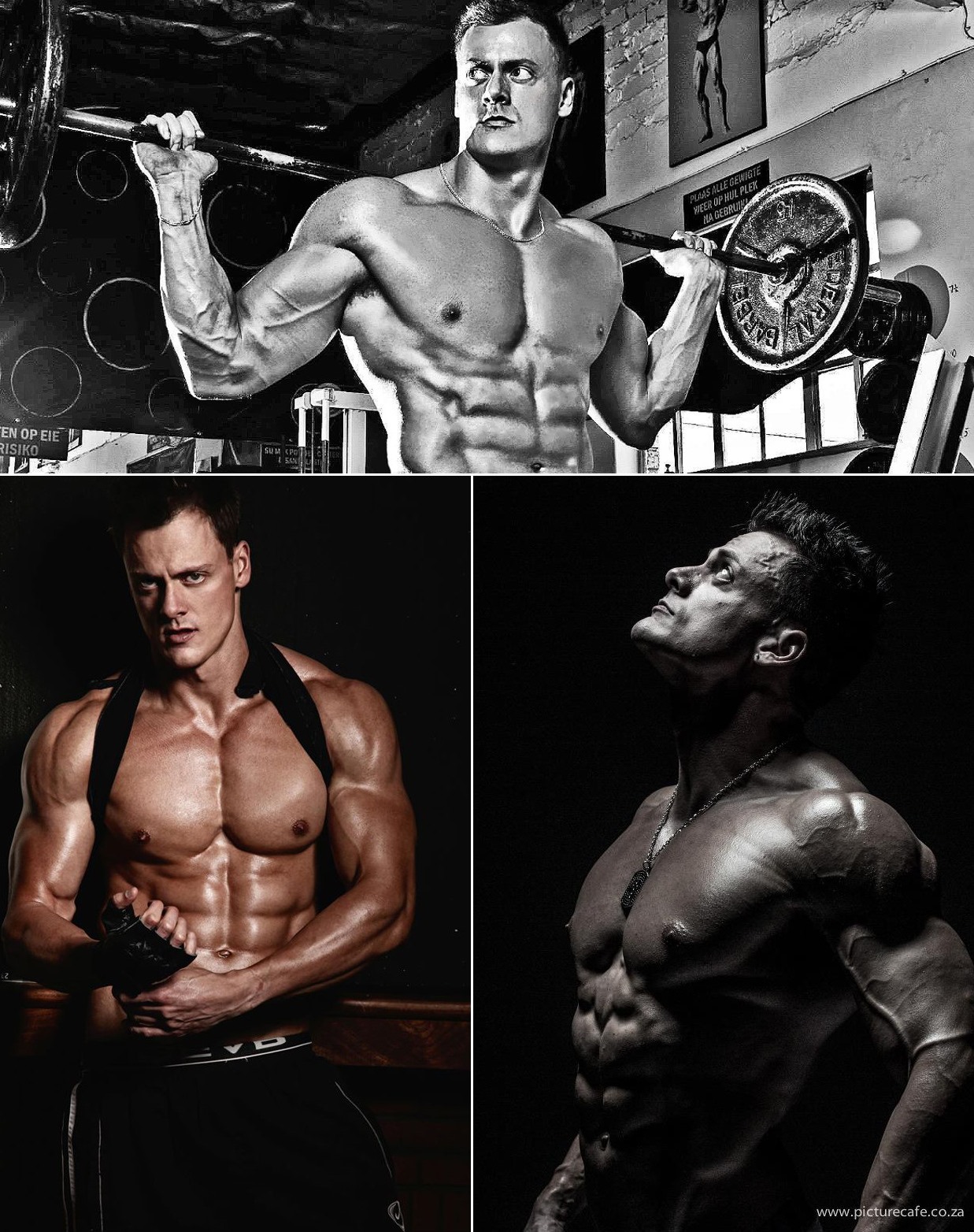 I find this very difficult to answer since I don’t have a single favourite, I like philosophies from some, body parts from some, training methods from some.

Advice for someone wanting to get in shape?

When I started training at the age of 20 after not training for 4 years, I had the mind set of: “I am willing to work twice as hard as anyone in the gym to get half the results they have.” This allowed me to not make excuses for myself about things like genetics or resources. Sometimes all you need is that little mental push. What competitions have you competed in and your placings? 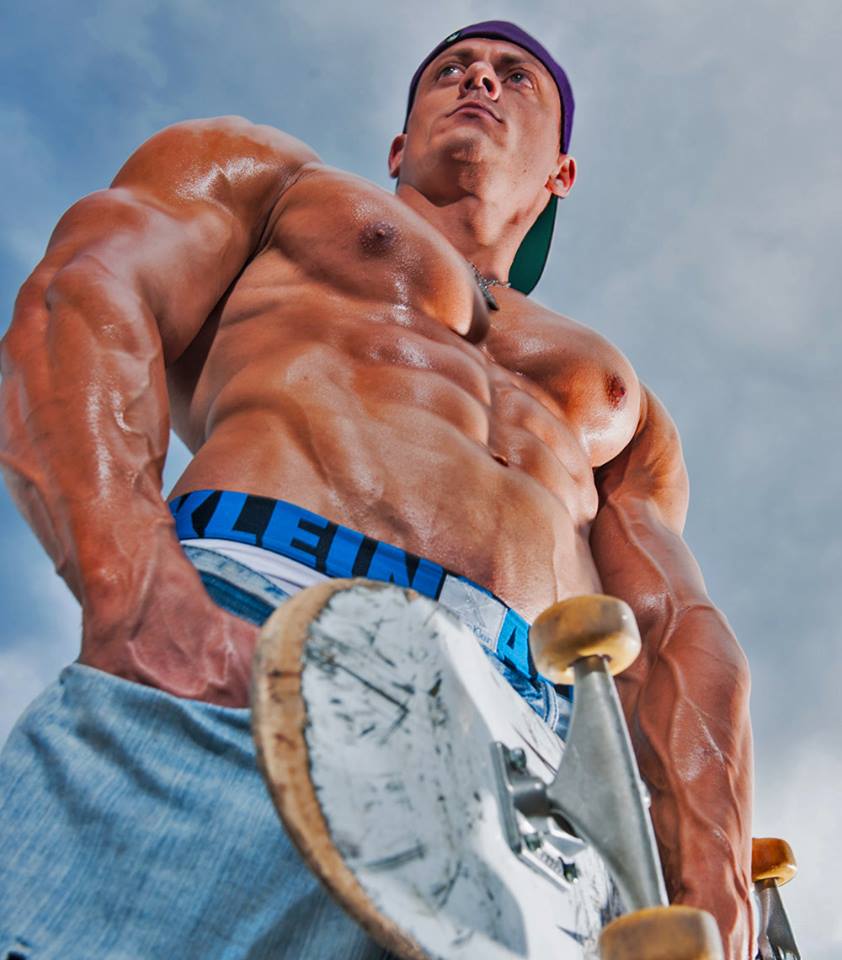 Where can people get hold of you?