Home » The Road To Your First Bodybuilding Competition And Getting Lean, How I Did It

The Road To Your First Bodybuilding Competition And Getting Lean, How I Did It 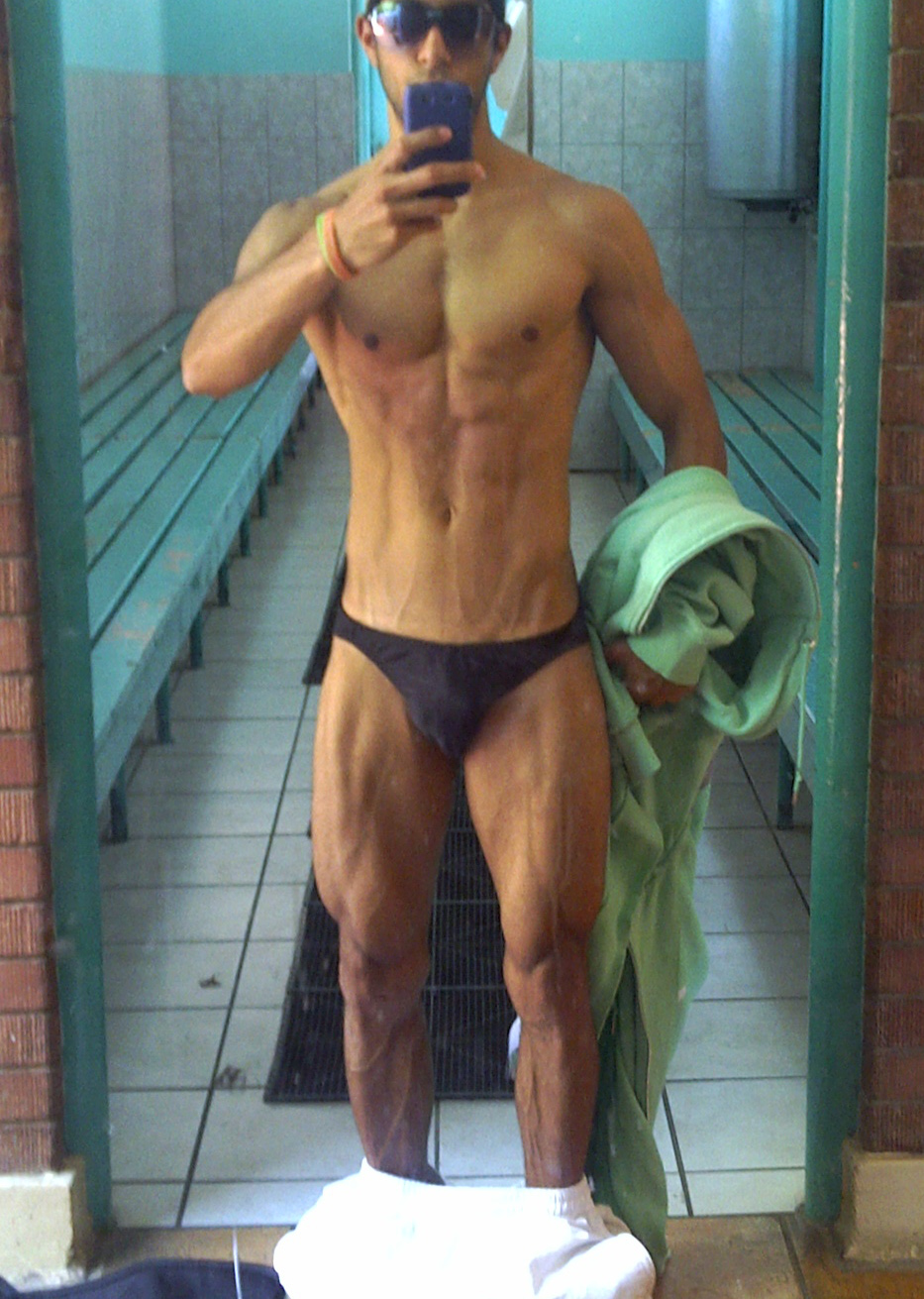 Many people want to compete but are so unsure how to do it or where to start, and what to do along the way. The day of competing can also be quite overwhelming, more so if you go at it alone, so I thought I would just detail what I did in regards to training and dieting for the preparation of my first competition that I entered a few years back, as well as share some details on the day of the competition.

Hopefully it can help people new to it have some sort of idea as to what kind of process to follow. By no means is it all perfect or is the best way to do things, but it did seem to work relatively well in getting the fat off, for me. I’m sure the same principles can be applied to most people just to differing degrees (A note, it is a somewhat simple approach that I followed without a lot of techniques such as carb cycling etc). Throughout my preparation I received some help with my diet and measurements from a great bodybuilder, Ralph.

Firstly I was already training for a while and following a relatively good and consistent diet.

Losing weight and competing are two different things. Losing weight should become a lifestyle and over time you lose the weight while still being relatively strict. When prepping for a competition the first few months does not have to be super strict but when it comes to the final month or two you then you have to step it up and be focused, strict and disciplined. I started preparing about 4 – 5 months before the competition.

The weight training was pretty simple. I was sticking to the basics, nothing too complex, just 5 – 6 days a week splitting body parts, such as chest and shoulders, back, arms, legs, rest, repeat throughout. The order changed now and then and the order of the exercises on each day changed now and again but nothing too drastic. The weights were kept relatively heavy and I didn’t do any of the high reps and light weight training as I personally feel the heavier weights and lower reps work better for me, especially when trying to maintain the muscle. So the rep ranges were mostly between the 6 – 12 rep range.

Keep it heavy but no need to go and try break records!

For cardio I only did HIIT cardio, mostly on the stationery bike or sprints outside, as well as playing soccer once a week. It was all scheduled in and the HIIT started off at twice a week (always after the weight training) for 10 – 12 minutes. Every two weeks or so I would increase the time by a few minutes until a maximum of 20 minutes. After about a month and a half I then added in one more cardio session per week, totalling at 3 (plus soccer). The last 2 weeks before the competition I gradually reduced the cardio to only one session. I always found the key to cardio and losing fat is to build the cardio up over time, not just jump in and start with 5 cardio sessions a week. Start with one then add another a week later and so on.

I also practiced posing every day for 2 months before the competition. I would run through a few poses after every weight training session just to go through everything, and then do another half an hour posing session at night before bed. The night session was where I held each pose for a bit longer.

When it came to my diet I found it is much easier to stick to the same foods throughout for the first time, but this is subjective. After some time when you have more experience and know more about your body and how it reacts you can start to rotate certain foods as you will know better what works and what doesn’t for you. It’s important though to remember to include vegetables and some fruit as well, never cut them out. Many bodybuilders or people ‘dieting’ to lose fat forget the vegetables and fruit or cut them out completely and this can become unhealthy.

One ‘mistake’ I made though, was cutting my fat intake too low. For future competitions I kept some fat in the diet, for instance I always ate the egg yolks and never cut them out. So instead of having 7 egg whites for breakfast I had 3 – 4 whole eggs. For the diet I basically stuck to certain foods and repeated the diet every day.

A basic outline of the diet (before I was vegetarian) was:

As you can see the foods were limited. The amounts of each food varied, the only portions that were really adjusted or reduced was the sweet potatoes. They started off somewhat high and over the weeks became less and less. The mince also got swapped out for chicken or fish closer to the competition time. In this prep I reduced my fat content quite a bit in order to lose that stubborn body fat, but I would advise in keeping some fat in your diet from the start. For instance add in whole eggs instead of just egg whites.

A few years back to my first ever novice show #shredded??#vascularity #bodybuilding ✔ #djkhaled @djkhaled ? A video posted by fitnish.com (@fitnish) on Mar 22, 2016 at 4:39am PDT

Just a quick note on how and when to make changes. I measured skinfolds every week. The basic process I followed was if my measurements were reducing, everything stays the same. If the measurements were still the same then I would reduce a portion of sweet potatoes or add to the cardio. Those are the only two changes (and small changes) that would be made really over the course of the time, almost every week or every two weeks on average. 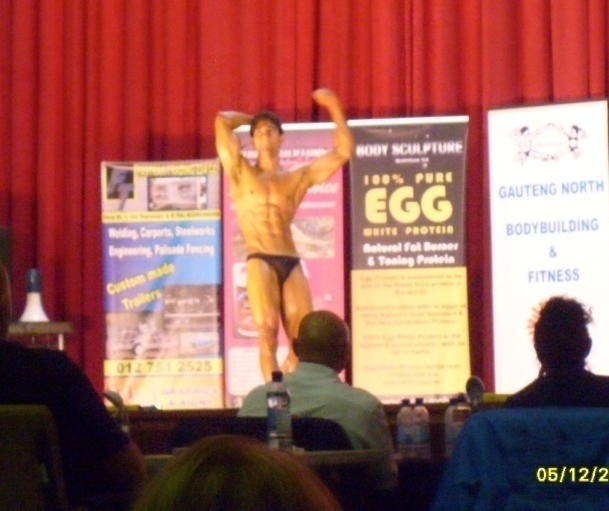 Back a year or two competing at the HandH ??#vascularity #bodybuilding

In the final two weeks a few things were changed. Firstly my last leg training day was about 9 days out (apparently that ensures the lines and striations come out by the time of the competition). The only other thing that was manipulated was my carb intake. The amount of carbs would decrease gradually during the first of the 2 weeks. In the first part of the final week the carbs would remain constant and low, then in the second part of the week all the way to the show the carbs would increase quite a lot day by day to fill out. When I competed I still felt a bit flat and I think I could have benefited from increasing my carbs a bit more. At this stage your mind plays tricks on you as well in a sense that you are scared to eat more because you think it will mess up your condition and make you fat or hold water, but as long as you stick to your foods that you have been eating it shouldn’t be a big problem.

Your body is so deprived it will use a lot of what you give it to fill up the muscles, so don’t be too afraid too increase the portions :p

For my first and second competition I didn’t do much with regards to water intake for the final week, but I did try it out on the next few. It can make a difference, so it’s worth a shot just to see how your body reacts. It can be seen in the table below what exactly I did during the last week. In order to make the most of it you have to manipulate your carbs as well. The night before the competition I ate a high carb and fat meal such as steak and potatoes and some ice cream to fill out a bit more. The extra fat also helps with the vascularity but mostly it’s all about experimentation 🙂

It would be advisable to apply a layer of tan a day before the competition if you can, depending on how dark you need to be. On the day you need to be at the venue by the given time to register and weigh in. You need to be wearing your posing trunks (or bikini for girls) so wear a tracksuit or something over.

Be sure to arrange with someone beforehand to come and help you with the tan. If you go alone it can be quite difficult and draining trying to do this stuff by yourself, so try to get a friend or someone to come help you. It is also mentally draining, even more so when you have been on a diet for so long, so having someone there really helps in terms of support!

Throughout the day I just ate the usual meals, chicken with some potatoes every few hours, some rice cakes, and some dates.

It’s probably not advisable to eat directly before you go on stage, so be sure to eat something some time beforehand maybe an hour or two.

Once your tan is done you wait till your line up is called and then go do your thing on stage. Be sure to keep warm before and after especially when it is cold during winter time. Also try to pump up within a few minutes of going on stage. When it is cold it can be difficult to keep the pump if you pump up then have to wait long periods of time till you actually get on stage. Eating enough carbs the week before, I think also plays a big role in achieving a good pump on the day.

Once the prejudging is over you can do what you like until the main show, usually in the evening. Try to get some rest during the day and take it easy then go and enjoy the main show! It can be long and draining but just make the most of it.