The Youtube channel, Gravity Transformation – Fat Loss Experts put together a pretty good video on a Complete Guide for how to go from 0 to 10+ pullups. If you’re trying to improve your pull-up strength or you simply want to do more reps of pull-ups this video will certainly help in some way.

The 5 steps outlined will help teach you how to do pull-ups even if you’re a beginner.

“The pull-up is one of the best exercises for adding muscle mass to your back and arms. other than the pushup it’s one of the most common exercises used to test overall upper body strength and getting stronger at pullups will improve your power output with almost all other upper body exercises. That’s why it’s used everywhere ranging from gymnastics to the army. however, the problem is that many people can’t even complete just one full pullup, let alone perform multiple reps.

That’s why today I’m going to show you exactly how to do more reps of pull ups than you ever could before and as long as you follow the 5 simple steps that I’m about to go over you can even go from 0 to 10 pull-ups in a relatively short amount of time. first we have to cover some basics, because even though pullups look pretty straightforward there’s some muscles that are highly involved in this movement that most people overlook. yes, of course it is important to strengthen your back and your biceps, however you probably don’t know that if you have a weak core it’ll be nearly impossible for you to do multiple reps of pullups. 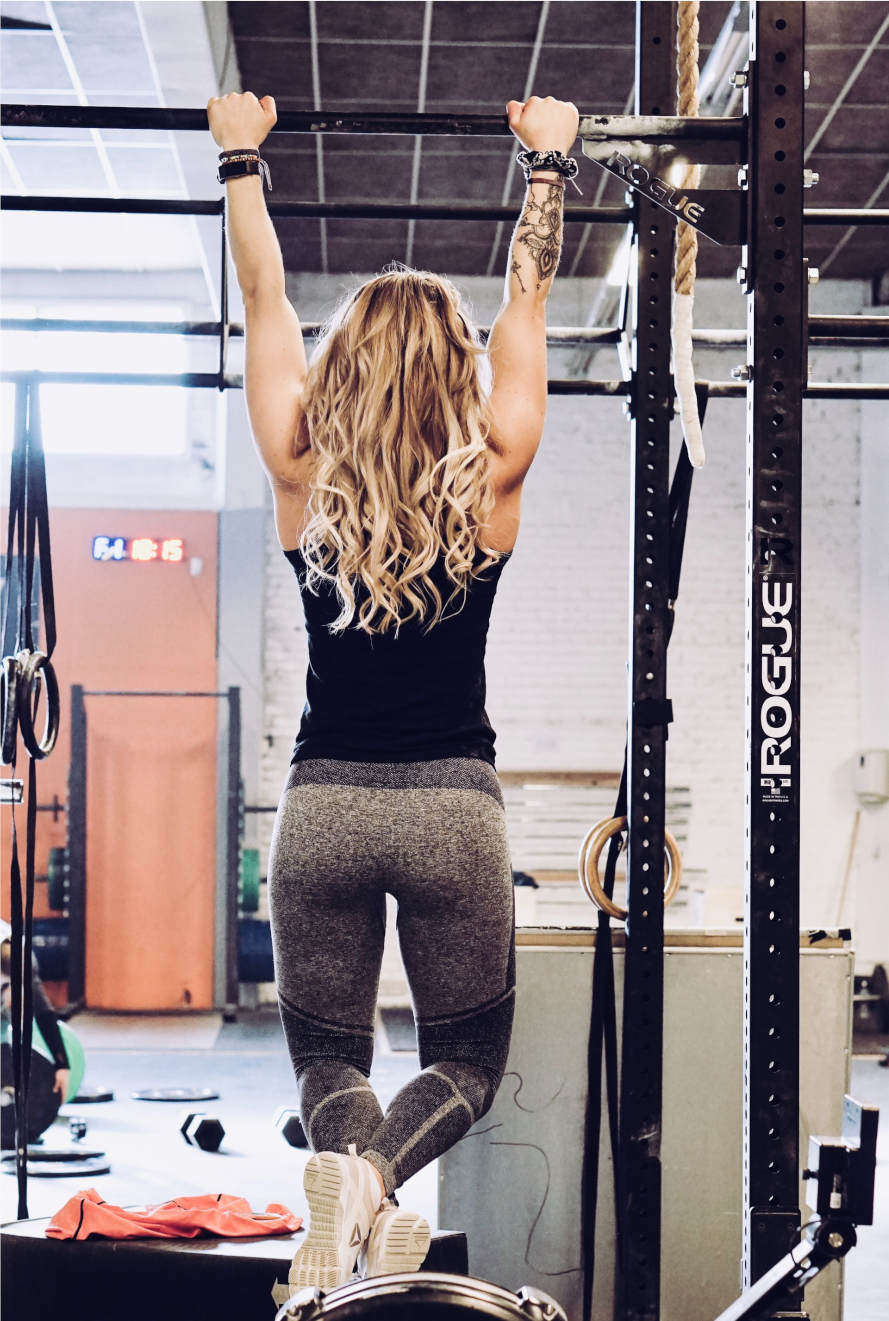 This can be seen in a 2018 study where researchers looked at which muscles were most highly activated during the pull-up. And as expected, the biceps, lats, and the mid and lower traps were highly engaged. But the big surprise was the fact that the rectus abdominis, also commonly referred to as the “six-pack muscle,” was even more highly activated than the back or biceps. This was the case for all participants including the ones that could not do a total of ten pull-ups as well as those that could do more than ten pull-ups. (1) In terms of muscle activation, the researchers found that the abs were actually activated the most followed by the biceps, then the lats, and finally the traps. So, if you want to improve your pull-ups, it’s absolutely crucial to have a strong enough core, which brings us to our very first step, and that’s to strengthen the muscles that make up your core in a way in which that strength can translate over to pullups. And what I mean is doing a bunch of crunches is not necessarily the best route to get stronger at pullups. You see your core primarily has a stabilizing function during the pull-up. That’s why, to maximize carry-over to the pull-up, it’s best to strengthen your abs in a static fashion, such as by doing planks or ab-wheel roll-outs.

So right away I want to give you guys a progression model that you can use to build up the required core strength necessary for pullups. As long as you can hold each exercise for at least 60 seconds, you’ll most likely have enough core strength to perform 10 pullups. 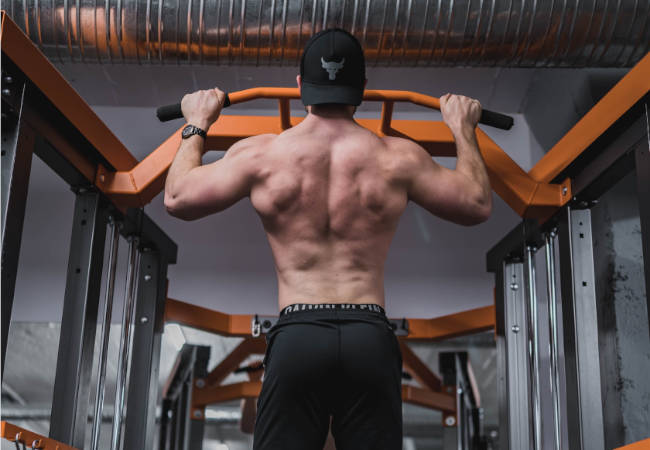 First is the beginner version of a plank known as the kneeling plank. Here you’ll place your elbows on the ground and hold a plank position except you’ll be on your knees maintaining a straight line from your upper back to your hips to the back of your knees. Next is the kneeling side plank. here you’ll lay on your side, with one elbow propping you up. Then stack both knees on top of each other and raise your hips off the ground so that your bottom knee, hip, and shoulder are in a straight line and then just hold that position. After you’re able to do 60 seconds of each of those you’ll want to progress to a regular plank, which is going to look just like the plank on your knees except you’re now going to be up on your toes maintaining a straight line from your heels to your upper back. Then we’re going to do the same thing for the side plank, so we’re going to come up off the knees and get up on our feet, holding the position in the same way. Once you can hold those for 60 seconds each you’re going to progress by putting your feet up on a platform and performing a decline plank, which is done the same exact way as a regular plank except your feet are elevated. And finally you’ll finish off with the Long-lever plank.” 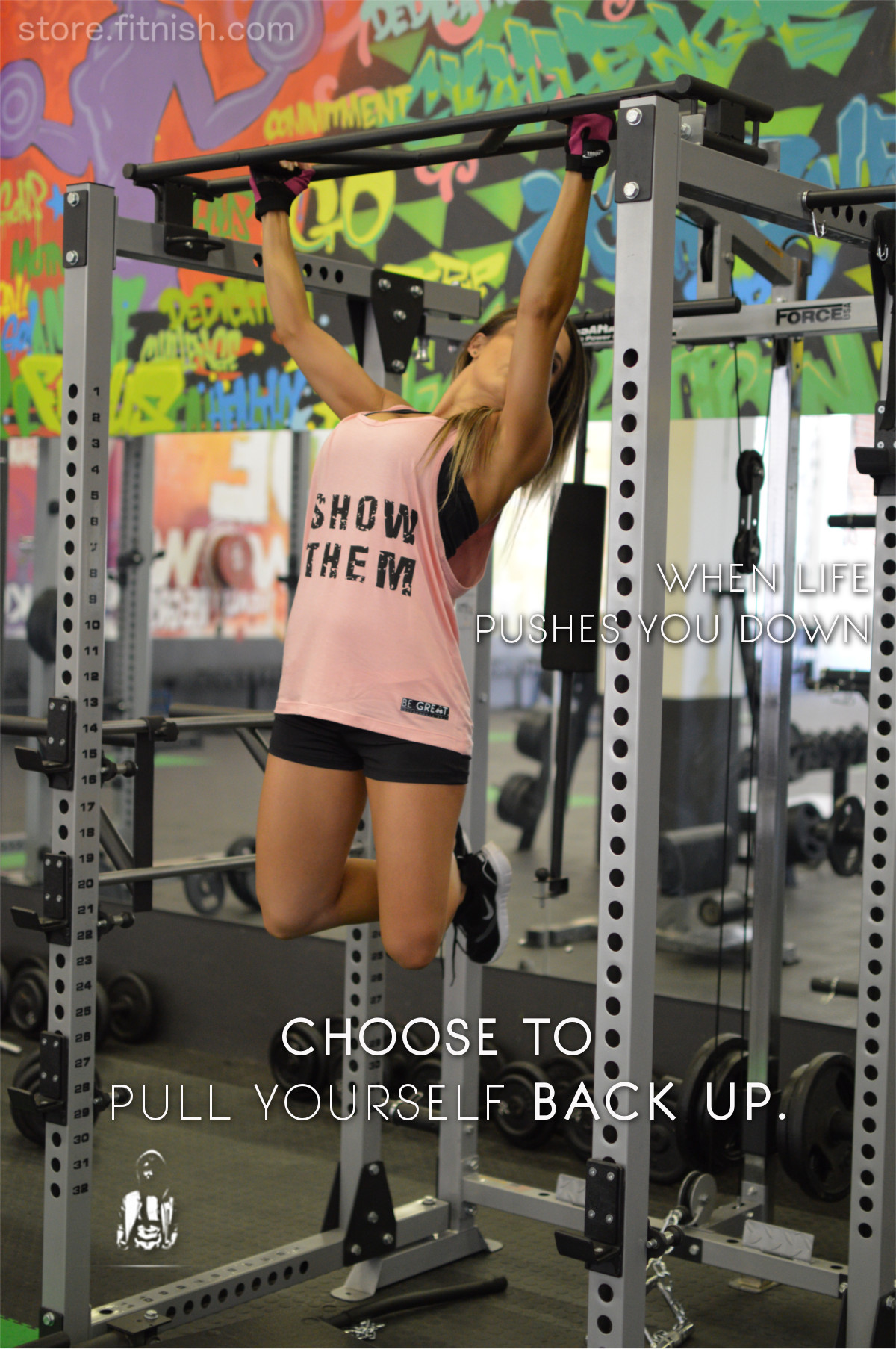