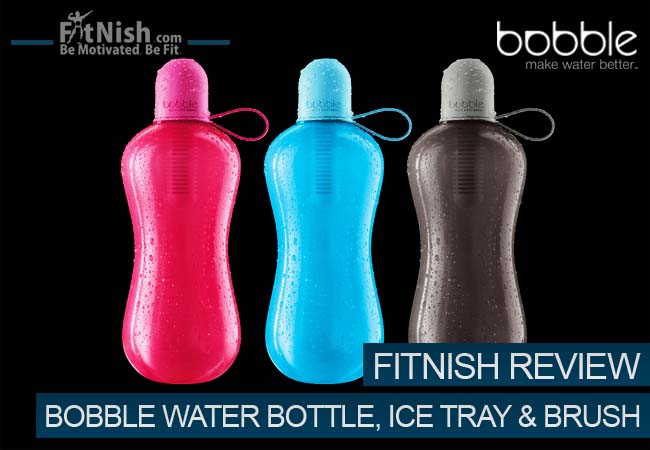 I recently had the opportunity to try out three of Bobble’s products. The Bobble Sport, a stylish self-filtered water bottle for the athlete in all of us, the Bobble Brush and the Bobble Ice Tray.

They catch the eye in an instant with their bright colours and their stylish designs, but do they work? Do they deliver what they promise to? What separates their on the go bottle products from the rest is that their bottles incorporate a filter which filters the water as you drink it. Another aspect is their genius designs and the fact that their products are all BPA free.

“BPA, short for bisphenol A, is a hormone-disrupting, reproductive and developmental toxin that has also permeated the environment so much so that a government study found detectable levels of it in 93 percent of several thousand people tested over the age of six. BPA can cause adverse effects at very low levels, and is a particular concern for infants and children.” [1]

One thing which I do like about Bobble is their concern with the environment, recycling and people’s health, as well as the fact that they do give back and support people who need it. You can read more about them on their website. (Links follow below.)

OK so let’s have a look at each product.

It is available in two vibrant colours, blue and magenta.

Bobble sport is recyclable, free of BPA, Phthalates and PVC. It is made in the USA. The bottle and carry cap are top-rack dishwasher-safe, which was a particular requirement for gym-goers and other regular bobble users. 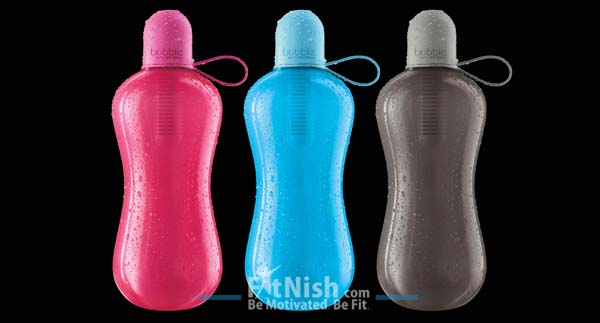 It is available in two colours, blue and magenta.

Brush bristles are cleverly crafted from a static material that grabs and pulls dirt from surfaces. Bobble’s brush has been designed to fit into and around bobbles curves.  Its long stem allows it to clean the interior of every sized bobble.

Bobble brush is available at @home, Due South and Wellness Warehouse stores nationwide. 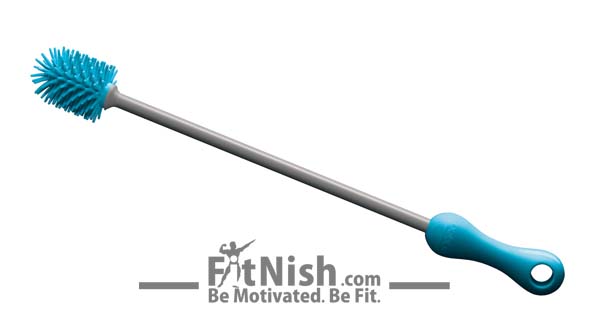 It is available in two colour combinations: red and blue/ magenta and blue.

Remove ice with ease – just push up under the flexible, soft forms and the ice pops out.

The colourful, food grade, BPA-free plastic tray is dishwasher safe and features a built-in reservoir to help prevent spills. Ice trays are stackable for freezing too. 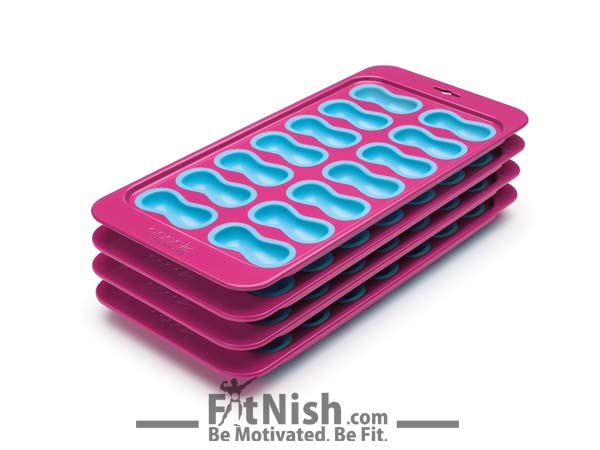 Check out their site to read their story, as well as for their full range of products which include filtered jugs, different sizes of water bottles, filters and more:

With bobble hot and bobble iced, Move Collective, in tandem with Karim Rashid, reinvented yet another category. Bobble products have been ecstatically received by consumers and press alike and are now available in more than 30 countries. Having been awarded multiple prestigious industry awards, recently the Edison Awards in 2011/2012 and the Best in Biz Awards in 2012, Move Collective has been cited as one of the 100 most innovative companies in America, and its founders are recent finalists for the Ernst & Young Entrepreneur of the Year Award and Crain’s Fast Fifty. Bobble products are available in more than 40,000 retailers globally. In June 2013, Move Collective, LLC, and its signature product, bobble, were acquired by Seventh Generation, a 25-year pioneer in the sustainability arena and one of the nation’s leading green brands.