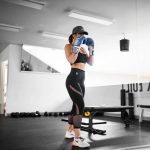 Follow Along To This High Intensity And Fun Kick Class Right At Home!

I used to do the Kick classes at Virgin Active, and was really feeling like doing one at home while under the lock down. I scoured the net and to my surprise I could hardly find any good kick classes! Luckily I found one great one that I have added below, so if you’re up […] 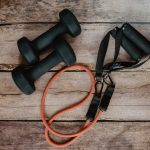 The Fit Five! 5 Simple But Effective Tips On How To Get Into A Fitness Routine At Home

When you want to save money and you’re stuck at home, but still want to workout, the best option is starting a home workout routine. Nobody says that you have to be a member of a gym in order to stay fit. You can do it exactly in your living room if you wish, or […] 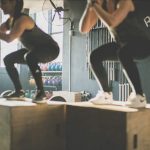 Coronavirus Got You Stuck at Home? Why Squatting Can Be Your Best And Simplest Home Workout

If you’re social distancing yourself because of coronavirus (which is definitely a good idea), you don’t have to just sit on your couch. You can get a great workout at home without any fancy gym equipment. One move that’s effective and simple is a squat. Using just your own body weight, you can get a […] 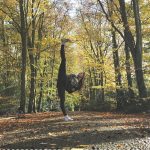 The flexible Chloe Bruce showcases two quick, effective and intense full body kick workouts (that can also help in your flexibility) in these videos!      “In this episode of KICKFIT I will run you through a 5 minute workout that will burn your legs and booty for sure! Come join me on my journey […] 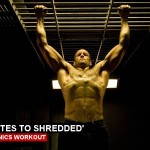 If you find yourself somewhere without a gym or weights, this workout will be great to hit all the major bodyparts to give you a total body workout, as well as ensuring a heart pumping intense training session is achieved. It will get you that shredded and ripped look in no time if you keep […] 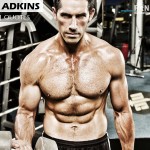 Scott Adkins, is taking martial arts and action movies by storm. He is mainly known for playing the roles of Russian MMA underground fighter, Yuri Boyka in Undisputed II: Last Man Standing and Undisputed III: Redemption, and as Hector in The Expendables 2. Undisputed proved to be one of his greatest showcases with the film and his character, Yuri Boyka garnering a massive […] 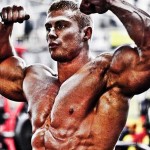 “The only place where success comes before work is in the dictionary.” ~ Vidal Sassoon

Pressed for time or don’t feel like going to the gym to do cardio?  Well here’s a great cardio routine which is quick and effective.  No equipment is needed, just your body and your will to do it!  It’s short (only about ten minutes!) but intense, and it will get your heart right rate up. […] 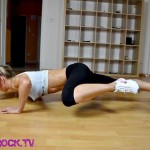 These are just a variation of the normal pushups which we all know. This variation will also target your core as well as your abs and oblique’s. To start off get into the normal pushup position. Then lower yourself down as you would for a normal pushup but simultaneously bringing your right knee up and […] 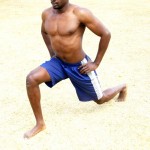 Start by placing your hands on your hips and placing your left leg forward and lowering yourself down so that you left leg’s thigh is parallel with the ground and so that the angle between your thigh and calf, at the knee is 90 degrees. While doing this lower your right knee to just about […]